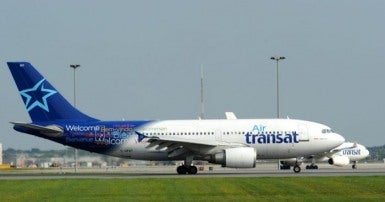 The flight attendant’s work contract expired on October 31, 2015, and the negotiating process started in September.

Last March, when negotiations were deadlocked, the union requested the assistance of a federal conciliator. Yesterday’s agreement came out of that conciliation process.

“This agreement would not have been possible without the wave of support from our members. We will be meeting with them shortly at their home bases to thank them in person. And we will present the details of this tentative agreement to them. It contains numerous improvements to our working conditions and fair remuneration for our contribution to our mutual prosperity,” said Martyn Smith, president of CUPE’s Air Transat Component.

The Air Transat cabin personnel come under CUPE locals 4041 in Montreal, 4047 in Toronto and 4078 in Vancouver. These local unions are overseen by a national structure, the Air Transat Component of CUPE.