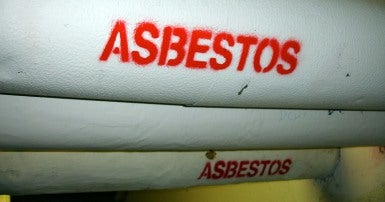 “Asbestos is killing CUPE members. It’s been a serious hazard for decades. We’re happy to hear the government is moving on this issue, and we want to see them do the right thing by introducing a comprehensive ban,” said Hancock.

A comprehensive ban means, among other measures:

The Canadian Labour Congress has a detailed description of what a comprehensive ban would look like here.

“The government has to do more than just say ‘we’re banning it.’ We need to find out exactly where it is, so workers can take the appropriate actions to protect themselves from exposure. We need to prevent exposures, and support workers who have been exposed. It’s about protecting workers and protecting Canadians,” said Hancock.

Trudeau made the announcement on Tuesday at a building trades unions policy conference in Ottawa. No details or timetables for imposing a ban have been released. In April, CUPE joined the CLC in lobbying the federal government about implementing a comprehensive ban, and sent a letter to the prime minister on the issue.

CUPE has been calling for a full ban of asbestos for decades, but successive governments have been slow to act and sometimes even worked counter to the cause, despite overwhelming evidence of the serious harm caused by exposure. Every year approximately 2,000 Canadians die from asbestos-related diseases.