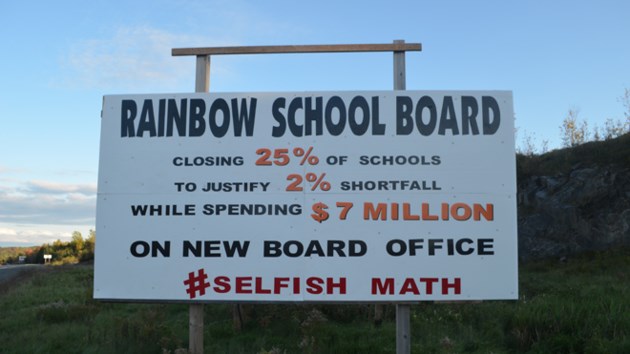 A billboard referring to the Rainbow District School Board’s plans to close 12 of its schools while opening a new board office has appeared on Highway 17, close to the turnoff to Highway 144.

The sign reads as follows: “Rainbow School Board closing 25% of schools to justify 2% shortfall while spending $7 million on new board office #SelfishMath.”

The new board office the sign mentions was approved last December, and will involve a $7.3-million renovation of the former Wembley Public School to create a new Centre for Education.