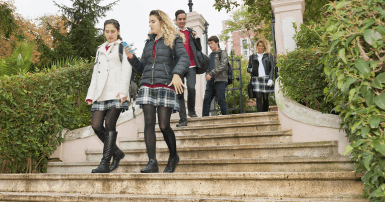 BURNABY—As another difficult and challenging school year comes to a close for educators and education workers, CUPE BC has a recommendation for Premier Christy Clark—listen to the majority of British Columbians and take the nearly $400 million per year she gives to private schools and redirect it into the public system. In a recent poll commissioned by CUPE BC, more than three-quarters of British Columbians opposed the province subsidizing private schools.

“The fine print in the provincial budget tells the tale—Christy Clark and her BC Liberal MLAs are forcing local school boards to cut their budgets, close schools and lay off or fire education workers so the Liberals can free up $358 million to fund private schools,” said CUPE BC President Paul Faoro. “This makes absolutely no sense—public schools are the great levelers in our society. When properly funded, they give kids from all socioeconomic backgrounds the same opportunities to learn and succeed.

This year the provincial government is providing $358 million in funding to private schools—including elite prep schools such as the one the Premier’s son attends—while requiring school boards to cut $25 million, and forcing them to close dozens of schools. Since the BC Liberals were first elected in 2001, they have closed more than 240 schools around the province.

“Every time this government closes a school, particularly in rural communities, the BC Liberals rip out a part of the heart of our communities, and reduces opportunities, particularly for kids from low-income households. “I’d like to say this Premier just doesn’t get it, but I think it’s worse—she knows exactly what she’s doing,” said Faoro. “As long as the premier’s wealthy and well-connected supporters are looked after, the rest of us—the vast majority of us—just don’t matter.”

Polling commissioned by CUPE BC and conducted June 7-9 by MARU VCR&C (formerly the Research & Consulting division of Vision Critical) shows that just 26 per cent of those surveyed were aware that private school funding was being increased while public school budgets are being cut. It also showed that 77 per cent of British Columbians surveyed oppose private schools being funded by taxpayers.

CUPE BC is the largest union in British Columbia, representing workers delivering public services across the province, including 27,000 members in the K-12 sector.

Methodology: From June to June 10, 2016, an online survey was conducted among 802 randomly selected adult British Columbia residents who are Angus Reid Forum panelists. The margin of error—which measures sampling variability—is
+/- 3.4%, 19 times out of 20. The results have been statistically weighted according to the most current education, age, gender and region Census data to ensure a sample representative of the entire adult population of British Columbia. Discrepancies in or between totals are due to rounding.