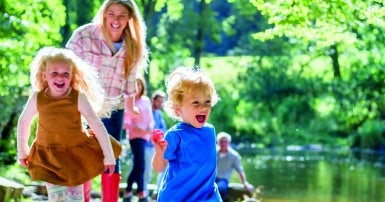 It’s sad but true. Shortly after that little bundle of joy arrives, and the extra work and stress of raising a family sets in, parents often become less happy than their non-parent peers. This “parental happiness penalty” has spawned considerable debate and concern, as some countries struggle with low population growth. It turns out there’s a clear cure for this malaise. According to a recent study from the University of Texas, Austin, parents in countries with good family and working life policies were just as happy and often happier than their non-parent peers. Guaranteed vacation, sick leave, paid parental leave and affordable child care make everyone happier, and they provide an even stronger boost for parents. And, interestingly enough, these family-friendly policies had a much stronger impact than providing more cash in the form of child allowances

It’s often argued higher taxes will cause the rich to flee to lower tax jurisdictions. It turns out this is mostly a myth. The most comprehensive study on this found that the top tax rates in the U.S. have very little impact on migration. A 10 per cent increase in top tax rates leads to just a one per cent increase in those with annual incomes of over $1 million taking flight—and much of the migration of the rich was to Florida. In fact, the very rich are less mobile than those with very low incomes. They stay put because they have family and business connections—and because they like to live in places with a good quality of life and quality public services. This means we can hike tax rates on the rich more to help pay for quality public services that make our communities better, for poor and rich alike.

What’s going on? The International Monetary Fund (IMF)—which has for years pushed austerity, deregulation, privatization, “free trade” and other neo-liberal policies on countries around the world—now concedes in its flagship publication “Instead of delivering growth, some neoliberal policies have increased inequality, in turn jeopardizing durable (economic) expansion.” The IMF now admits that a more progressive tax system is better for economic growth, that deregulating capital flows leads to more volatility and crises, and that austerity contributes to inequality and slow growth. Now that their own experts agree with what the people affected have known all along, it’s time for the IMF foot soldiers to call off their hounds and for governments to implement policies that’ll improve both equality and their economies.