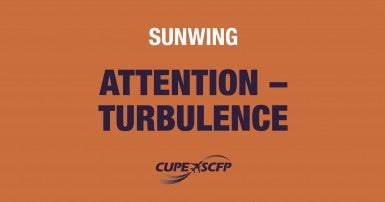 CUPE Local 4055, which represents Sunwing’s flight attendants, reached a tentative agreement with the employer on January 28, 2017.

No more details will be made public until the tentative agreement is presented to members. Membership meetings will be held across Canada shortly, and the ratification vote will follow.

Bargaining sessions with the assistance of a mediator started on January 26.

The flight attendants’ collective agreement expired on May 31, 2016.