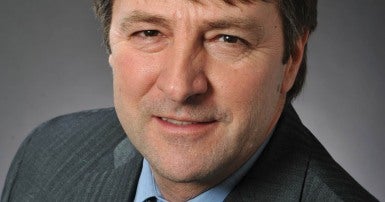 In August, more than 15,000 activists from social movements and unions from around the world participated in the 12th World Social Forum, held in Montreal. The event was a success and we are proud of the contribution made by CUPE representatives who lead presentations arguing forcefully for the need to improve and protect public services such as water, energy, transportation and health care.

Personally, I had the honour of representing the 30,000 members of CUPE in the energy sector during a workshop on the role of workers in combating climate change and supporting energy democracy.

I argued that energy in all its forms is as essential to society as water. Energy plays a significant role in economic and social development. For this reason, we must work together to ensure that energy remains under public control.

Unfortunately, corporations and governments often present the privatization of energy as the only option. That is simply not true. In fact, the privatization of electricity, as is currently happening in Ontario, diminishes our control over our energy resources, thus moving us away from energy democracy.

In Ontario, the struggle to keep Hydro One under public control is essential. That is why CUPE will continue to play a key role in the coalition opposing the sale of this Crown Corporation.

This project to privatize electricity will lead to a reduction in service and decreased investment in facilities, resulting in more service interruptions, especially in rural areas. The cost to consumers may also increase.

In Australia, two states have privatized their electricity services. During the ensuing eight years, prices have increased by 40 per cent and the quality of service has declined.

Whether hydroelectric, solar or wind power, energy must clearly be under public control. It is in the common interest. It is a matter of democracy.