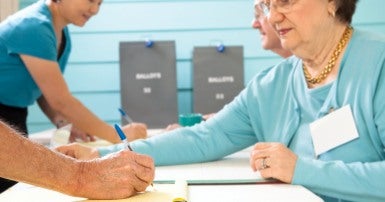 CUPE is not alone in supporting electoral reform and in calling for proportional representation (PR). In fact, we have joined  dozens of civil society groups who are part of  the Every Voter Counts  Alliance, created in February 2016 to campaign for PR. Over 80 countries use a proportional voting system, including 85 per cent of OECD countries, such as Germany, New Zealand, Sweden, and Denmark.

People as diverse as  Mélanie Sarazin, president  of the Fédération des femmes du Québec, Guy Giorno, former chief of staff to  Stephen Harper, Alex Himelfarb, former Clerk of the Privy Council, and Col. Pat Stogran (retired), former Veterans Ombudsman, have already signed on in support of the Alliance, as have many of the major unions in Canada.

CUPE will work with  the Alliance to provide  evidence-based facts so  that Canadians can make an informed decision about electoral reform. We also provide a platform for  Canadians to add their voice and to let their elected representatives know they support fair and democratic elections. Evidence shows only PR will allow Canadians to choose local representation and see their political views represented in Parliament with equal and effec­tive votes for all.

While even the Liberals know that the current  first-past-the-post electoral system is broken, some  of them have suggested  that it can be repaired by switching to ranked ballots  – a system in which Cana­dians will get to rank candidates in individual ridings. But for CUPE National  President Mark Hancock  that would only make things worse: “Adding ranked ballots to our winner- take-all federal system would actually exacerbate the problem with our current system by producing larger false majorities and making the House of  Commons even more unrepresentative of the popular will. We can’t get this wrong. That’s why CUPE is participating in  the consultation process.”