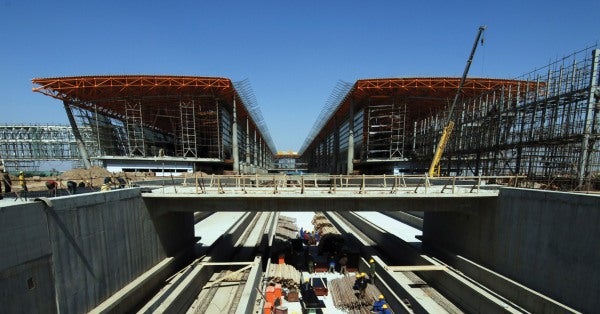 This year’s fall fiscal update raises some serious red flags. Normally, it’s a list of revised predictions for the months to follow and an update of the government’s books. But this document sends troubling signals that will move Canada quickly down the road of privatization.

“Finance Minister Bill Morneau is way too cozy with his corporate-heavy economic advisory council and its plans to sell our infrastructure to for-profit investors. We know this will cost more and deliver less to Canadians,” said Mark Hancock, CUPE National President.

The finance minister’s plan for a Canadian Infrastructure Bank is a recipe for the cannibalization and privatization of Canada’s public infrastructure for profit by private institutional investors. These investors demand a much higher rate of return than the government can borrow at directly. This will mean the public pays more through higher public subsidies or higher user fees.

Privatization doesn’t just increase costs, but also leads to greater inequality, as user fees increase and operators reduce wages and benefits for workers, but increase compensation for CEOs and executives. This would severely undermine the Trudeau government’s constantly-repeated commitment to achieve inclusive growth, support the middle class and reduce inequalities.

Financing infrastructure privately at the expected rate of return of seven to nine per cent – instead of the under two per cent rate the feds can now borrow at over a 30-year period – will mean five times the interest and financing costs and double the total costs. In other words, we will get half the bang for the buck for our infrastructure dollars.

University of Toronto expert Matti Siemiatycki has made more constructive proposals for a national infrastructure bank that would reduce rather than increase the cost of financing for public infrastructure by providing direct loans and loan guarantees.  This would be consistent with what the finance minister was instructed to do in his mandate letter from the Prime Minister: “to develop the Canada Infrastructure Bank to provide low-cost financing (including loan guarantees) for new municipal infrastructure projects in our priority investment areas.”

Finance Minister Morneau should put the brakes on any move towards privatization and use low-cost public financing—instead of high cost private finance—for our public infrastructure.