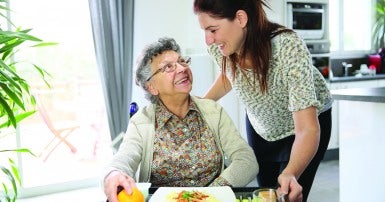 The New Brunswick Council of Hospital Unions (NBCHU) and CUPE New Brunswick are worried that the federal government is underfunding health care to accelerate privatization in provinces.

Federal Health Minister Jane Philpott recently revealed that she would be keeping Harper’s target for health transfers to provinces. In April 2017, Harper’s cuts to health care will kick in. Instead of increasing at 6% a year, the health transfers will be tied to economic growth, with a 3% floor.

“Already, the health care system is being stretched to the limit. Over the years, hospitals have been closed, communities in rural areas lost health services, and the level of service has been reduced,” said Norma Robinson, President of the NBCHU.

“New Brunswick relies heavily on federal funding to offer health care services throughout the province. Going from 6% to 3% means the province will have less money at a time where demand is increasing, drug prices keep rising, and health costs go up faster than inflation,” said Robinson.

“Our province stands to lose hundreds of millions of dollars in the coming years – over 700 million dollars in 10 years. This is going to hurt in our regions, and will reduce our capacity to deliver good services,” said Daniel Légère, CUPE NB President.

“With the 6% escalator gone, we might see our provincial Health Minister propose hospital closures and bed cuts, aim for further reduction of services and staff, especially in smaller communities,” warns Légère.

If Harper’s cuts are maintained, the federal government’s share of health care spending will shrink to a small fraction of its original 50% contribution – down to 18.6% by 2024.

“There have been cut over cut since the 1990s. With our aging population, we can’t afford to deliver even less health services. Premier Gallant and Minister Boudreau should stand up and make this the number one priority for this government,” concluded Légère.