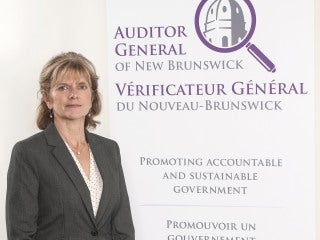 The complete absence of a centralized structure for these key services results in skyrocketing costs for both the users and the government, a patchwork of services and no real quality standards of care.

“The state of senior care our province reminds me of the decentralized mess that was education and health care before the Equal Opportunity Program of Louis-J. Robichaud,” said Daniel Légère, CUPE NB President. “This government can and needs to organize a provincial public system, a CCS Authority, which would offer quality services, pay employees fairly and prevent gouging seniors’ savings,” he added.The 2016 Auditor General’s Report, released last June, stated that nursing homes are operating at 98% capacity and demand is growing at an alarming rate. Auditor General Kim MacPherson recommended that the Department of Social Development develop : “a comprehensive long-term plan as a starting point in addressing this critical issue.”[1]

“The lack of a multifaceted strategy for sustainable care and services is costing New Brunswickers an arm and a leg. Private sector health providers are looking to cash in on the decentralized status quo,” said Légère.

NB has more than 250 CCS providers, most of them being small mom & pop shops. The overwhelming majority of these employers struggle to offer their mostly female workers living wages.

“I fear the planned P3 nursing home deal in Miramichi reveals more than a bad trend in Atlantic Canada,” said Légère. “Private sector is currently taking advantage of lack of regulation and structure to establish facilities that are the most profitable and do not offer what citizens truly need,” he added.

“MacPherson has been clear:  more P3s beds are not the solution to the looming senior care crisis. She explicitly stated that there is no proof that public-private model for delivering nursing homes services is more economical. A multi-faceted solution means ending government laissez-faire,” said Légère.

Numerous Auditor General reports throughout Canada have consistently criticized the P3 mirage. These reports have not only mentioned frequent cost overruns, but stated that they often compromise efficiency, transparency and quality in the name of profitability[2].

“With our aging population, costs and demand for CCS will inevitably increase. CUPE knows that P3 are not part of a sustainable solution,” said Légère. “I see hospitals, nursing homes and home care as the Health Care Triangle: all three corners have to be public and work in tandem,” concluded Légère.

[1] 2016 Report of the Auditor General of New Brunswick – Volume I (June 2016):  “A comprehensive long-term plan is needed to care for our ageing population and must include a multi-faceted solution involving nursing homes, other long-term care facilities, in-home care, family support or other options to serve New Brunswick seniors. The solution is not simply to add more nursing home beds to the system.” See http://www.agnb-vgnb.ca/content/agnb-vgnb/en/media/releases/renderer.201…