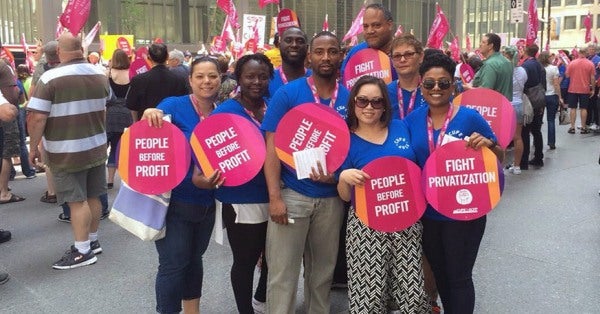 Efforts to resolve a three-week old strike by 435 frontline, administrative and support workers at the Children’s Aid Society of the Region of Peel, Ontario, (Peel CAS) derailed last night after Peel CAS issued a ‘take it or leave it’ ultimatum.

Despite progress being made on several outstanding issues, negotiations to settle the dispute between Peel CAS and Local 4914 of the Canadian Union of Public Employees (CUPE 4914) fell apart after the employer refused to even consider amended proposals by the union to address workloads and job evaluations.

“We spent more than 12 hours trying to address Peel CAS’ concerns on these issues. We substantially modified our original proposals to significantly minimize, if not completely eliminate, the financial impact on the employer as Peel CAS has repeatedly claimed that the financial cost associated with the proposals was the barrier to achieving a settlement,” said Sonia Yung, President of CUPE 4914.

“Unfortunately, Peel CAS’ response was to flat out refuse to consider our proposals, even as amended, and demand that we accept their last offer within five minutes or it would be taken off the table,” she added.

Members of CUPE 4914 walked off the job September 18 after the union’s bargaining committee rejected what the employer characterized as their ‘final offer.’ The two sides met yesterday with the assistance of a provincially-appointed mediator for the first time since the strike began.

Yung said that, while the CUPE 4914 bargaining committee would remain on standby and ready to resume bargaining on short notice, Peel CAS would need to “move past the idea that negotiation and dictating are one and the same.”  Further, Yung asserts that a negotiated settlement is within reach, but not if Peel CAS continues to disrespect workers, the union, the collective bargaining process, and the community which it serves.