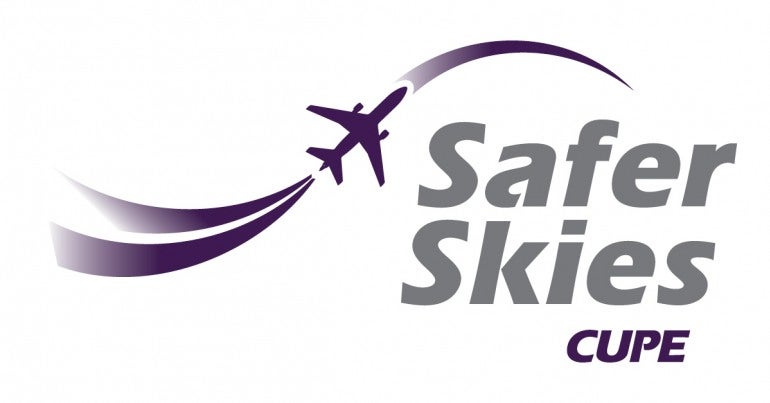 The previous federal government’s decision to allow Canadian airline carriers to fly with fewer flight attendants is a threat to passenger safety. On most aircraft, passengers and crew can be exposed to toxic fumes in the cabin. These health and safety risks must be eliminated. Sign the petition to put pressure on the Liberal government to act now.

On August 1st 2015, Transport Canada allowed Canadian carriers to operate with a ratio of one flight attendant to 50 passenger seats (1:50 ratio), instead of the safety-proven 1:40 ratio. This has resulted in reduced crew on many flights, despite Transport Canada officials admitting that the new ratio does not provide an equivalent level of safety. In fact, all the available evidence shows that the 1:50 ratio lowers passenger safety.

During the last federal election campaign, the Liberals seemed to agree. CUPE’s Airline Division asked the Liberal Party of Canada if they supported scrapping the new 1:50 regulation and returning to the safety-proven 1:40 ratio. The Liberals committed to consult “stakeholders and experts” on the issue, “all the while keeping the safety of all Canadians as a top priority.”

Airline passengers and crew can be exposed to toxic fumes when engine lubricants and other chemicals enter the cabin through the air pressurization process.

Even though many airlines continue to deny it, there is significant evidence showing exposure to toxic fumes is a hazard and can lead to the following symptoms while on board: irritation of eyes, nose and upper airways, cough, breathing difficulties, tightness in chest, blurred or tunnel vision, headache or light headedness, dizziness, difficulty concentrating, nausea, and vomiting. Longer term effects include damage to the respiratory and central nervous system, impaired memory and cognitive function, weakened immunity, cardiovascular disorders and possibly cancers.

The only way to totally ensure that flight attendants and passengers are not being exposed to toxic fumes is to fit aircraft with filtration systems that eliminate any potential air contamination, or to actually change the way pressurized air is brought into the cabin when aircraft are designed. Transport Canada regulations should be changed accordingly in order to protect the health of passengers and crew.

During the last federal election campaign, the Liberal Party of Canada committed “to ensuring that all Canadians have a safe and healthy working environment through evidence-based measures and proper consultation with stakeholders and experts.”

Therefore, the federal government must act immediately to bring together representatives from the airline industry, the medical and scientific communities, and airline unions, to identify and recommend all possible regulatory options to eliminate the harmful effects of toxic fumes.

But you can do your part too.

Sign the petition to keep the Liberals accountable on these important health and safety issues.

For more information, consult our 1:50 and air quality fact sheets.