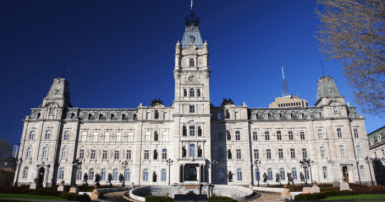 On the heels of its “tax agreement” with the province’s municipalities, the government of Quebec is on the verge of tabling a new bill in the National Assembly. According to public statements by representatives of the Union of Quebec Municipalities (UMQ), this legislation could set a dangerous precedent for labour relations in Quebec by authorizing mayors to impose the outcomes of collective bargaining. This constitutes an attack on a fundamental right: the right to bargain collectively. If the government moves forward with this bill, it will permanently disrupt the essential balance of power at the negotiating table.

CUPE invites all members, affiliates, families and the general public to go to the National Assembly website and sign a petition urging the government not to succumb to the temptation to authorize this latest attack on the fundamental rights of workers.

“The Government of Quebec cannot delegate this type of authority to the municipalities, and furthermore, in enacting all legislation, the legislature has a duty to respect existing charters and, in our specific case, people’s right to freedom of association, to negotiate and to strike as confirmed in recent judgments of the Supreme Court of Canada,” noted Denis Bolduc, secretary general of the Canadian Union of Public Employees (CUPE) in Quebec, seeking to clear up any confusion concerning the government’s ability to manoeuvre in this regard.

“Free negotiation without government intervention or legislation is a basic right in any free, democratic society,” added Marc Ranger, director of CUPE-Quebec. “Whatever parameters the government may seek to put in place and taking the most recent court decisions into account, considering handing over this power directly to mayors or legislators is not only a grave error but also an illegal and illegitimate act.”

CUPE encourages all citizens of Quebec to say no to their government by signing the petition.

CUPE also invites people to consult the website egalegal.ca to appeal directly to their MNA.