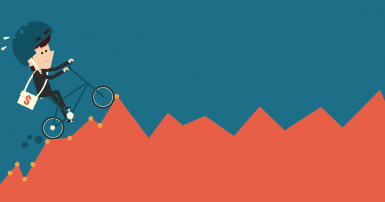 Usually after a recession, economic and job growth surges back, making up for ground that was lost during the downturn. But this time we’ve had little of that.

Economic and job growth in Canada and around the world has been far slower than previous recoveries. Each year brings serial disappointment to economic forecasters when growth doesn’t meet their expectations. And then the economy spits out numbers in directions that don’t seem to make sense.

There are about a dozen theories or explanations for the slow economic growth. Our economy is going through major structural changes and remains highly unbalanced. Major economic measures aren’t accurately reflecting these changes, nor do they reflect our underlying state of wellbeing.

Much of Canada’s growth was fuelled by a resource, construction and consumer debt-driven spending boom that is fizzling out. Federal and provincial governments must now lead the transition with a progressive new direction to drive growth.

A major obstacle has been weak wage growth. Hourly wages have increased by an average of just 1.2 per cent so far this year, below inflation, which means real wage losses. Wage growth is being held back by continued public sector austerity and wage repression, “trade” deals that undermined workers’ bargaining power, increasingly precarious work, and weak job growth. Many of the new work opportunities involve contract or “gig”-type jobs and activities like Uber that are undermining wages—and public revenues.

There are millions of opportunities in the transition to a greener, more sustainable economy. Good jobs with decent wages and benefits and improved public services must be at the centre of this new economic direction. We also need better measures and objectives for our economy; otherwise, our economy will continue to sputter along and make little sense.