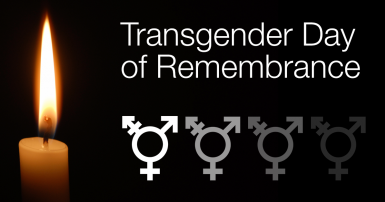 November 20 is a day to remember those killed because of the hatred or fear of transgender people. It is also a time to consider the harassment and discrimination trans people face, and what we must do to eliminate it.

We at CUPE recognize the gendered and racial differences that leads to disproportionate impacts of violence even within the transgender community. Transwomen experience violence not only because they are transgender but also because they are women. Indigenous two-spirit persons and racialized transwomen face even further discrimination and violence as a result of their intersecting and compounding identities tied to centuries of colonialism and enslavement.

Trans people still struggle for the same rights most of us take for granted, including:

For more than a decade, CUPE has been a leader among Canadian unions in championing trans rights. CUPE develops bargaining resources, negotiates and enforces contract language protecting trans rights, educates members, raises public awareness about transphobia, supports research, and lobbies for legislative change and improved access to health care. See the links below for resources and more.

On May 17, 2016, the federal government introduced Bill C-16 to include “gender identity” and “gender expression” as prohibited grounds of discrimination in the Canadian Human Rights Act and the Criminal Code. The bill passed the Standing Committee on Justice and Human Rights on November 3 and has been sent back to the House for its third reading.

We now have the opportunity to act in solidarity with members of the transgender community.

Here are some concrete actions that you can take at an individual, community and local level:

On November 20, and on every day, let us continue to work towards building workplaces, communities and a world that is free of all forms of violence and discrimination.