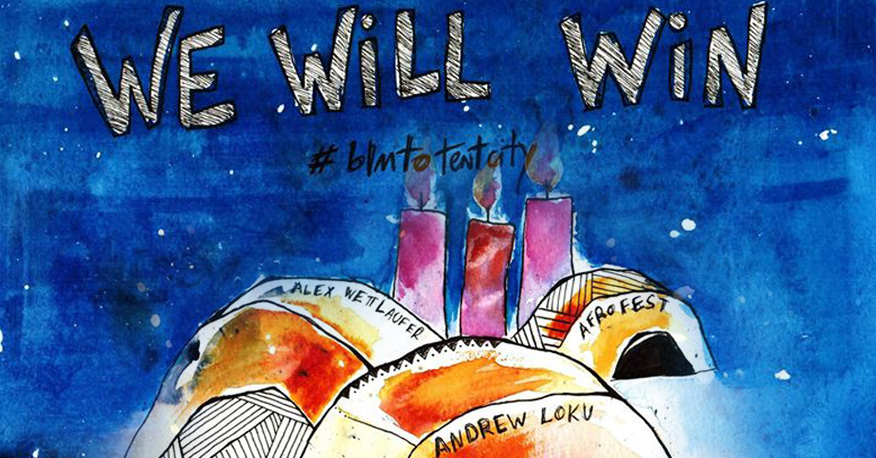 Please join Black Lives Matter – Toronto and allies including CUPE Ontario President Fred Hahn at a rally to stand up against anti-Black police violence this Saturday at 4 pm at Toronto Police Headquarters.

As Ontario’s community union, CUPE Ontario advocates for strong, healthy communities that are safe for everyone. We stand in solidarity with Black Lives Matter – Toronto because CUPE members face anti-Black racism. We support Black Lives Matter because this is about us—about our members, our families, and our communities. But this is also about solidarity against oppression. We are proud to stand with Aboriginal groups, the student movement, and other allies in the fight against anti-Black racism.

CUPE Ontario stands in solidarity with Black Lives Matter – Toronto and its important demands. We ask all members to support BLMTO in the following ways:

The labour movement must not stand idly by in anti-racist struggles. CUPE Ontario is proud to stand shoulder to shoulder with BLMTO in workplaces and communities in Toronto and beyond.

Up to the minute information can be found on the Facebook event page.

See you on Saturday!